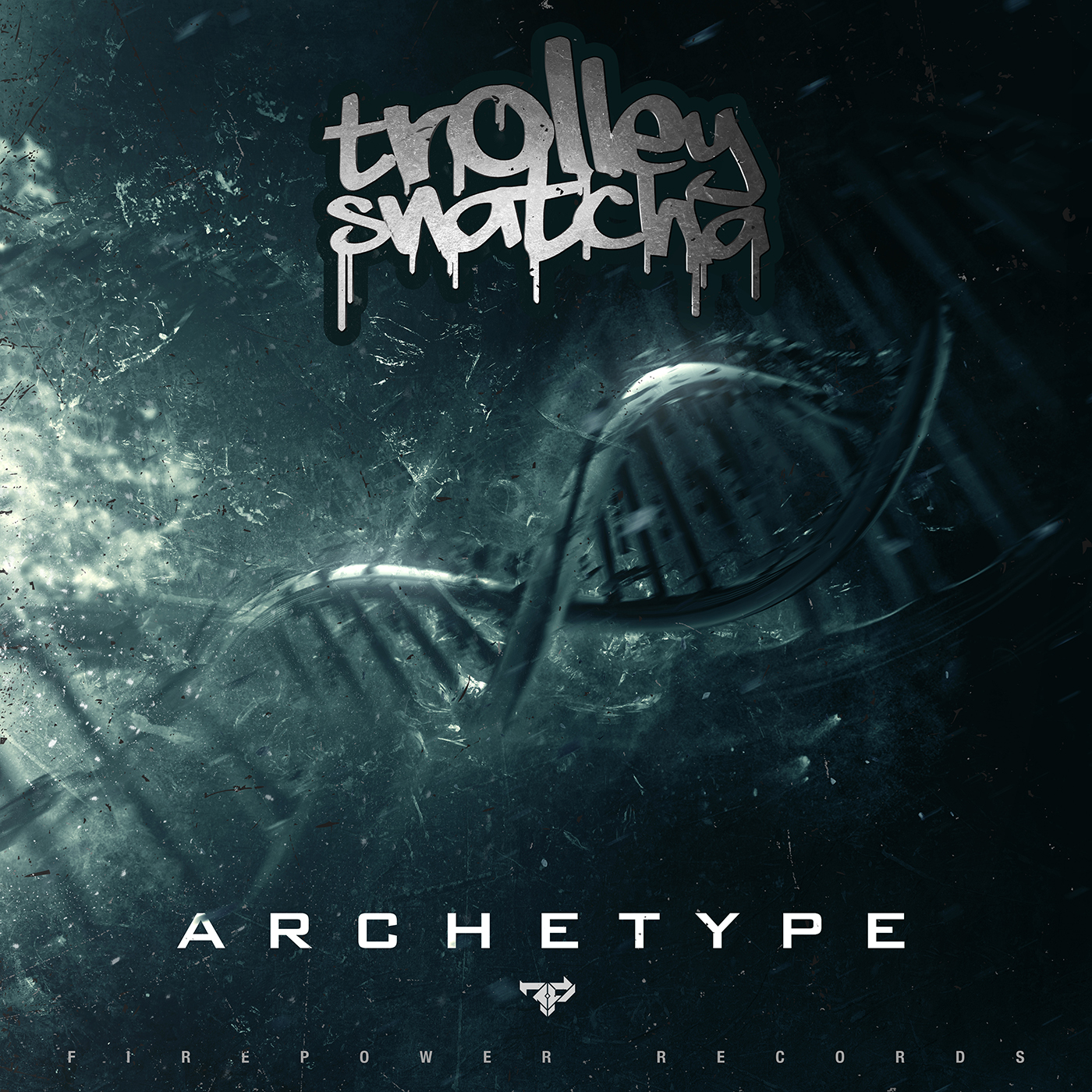 LOS ANGELES (October 15th, 2014) Firepower Records is thrilled to announce the release of Trolley Snatcha’s, Archetype EP, on October 28th—just in time for the Halloween weekend festivals. Trolley Snatcha admitted earlier this year that he had stashed away an arsenal of insane firepower and was just waiting for the right time to showcase his weaponry. Teaming up with Firepower Records gave him that excuse. It is now a foregone conclusion that sound systems around the world will be pumping tracks from Archetype through the rest of year and well into 2015.

The title of the EP, Archetype, was an interesting choice for a producer who’s had a hand in the formation of bass music culture. Although “Archetype” refers to a typical example or a recurring element in artistic expression, each track blazes its own trail into new territories of bass music in ways that will have artists following Trolley’s path for years to come. The first track of the album, “Dublate” featuring Simba, for example, invokes the early days of Drum and Bass where fresh tracks were carved into heavy wax records. If you were worth a damn as a DJ, you’d load your record collection with them and be the first to play them out at raves and undergrounds. Having a dubplate of your own music pressed was a massive accomplishment and you carried it around like a badge of honor. Trolley’s invocation of the seemingly archaic DJ “must-have” speaks to his desire to remind listeners of bass music’s history. Think of this EP as an old, well, Trolley. What Trolley Snatcha has done, then, is slapped a fresh coat of paint on the outside, installed an updated stereo system, and attached lazers to the roof. But it’s still the same trolley that rolled down the streets of London 30 years ago. Both “Dublate” and “Killer” reveal an adherence to original Dub principles with hints of Dub Raggae Vocalism and rumors of horns and classic keys. But Trolley very quickly adds a supercharger to the tracks resulting in a 21st century take on bass music Archetypes of the past.

With “Bae”, Trolley calls out the Trap gods and reminds them how Dubstep and Trap can co-exist in the same universe. The emphasis here is on the sub-bass and mind-splitting chainsaw synth, which Trolly lays on thick. As soon as the listener feels they’ve nailed down his methodology, Trolly blows away the paradigm with “Dontstep”, a Frankenstein of a track without the negative “take revenge on all of humanity” side effects. With “Dontstep”, Trolly plays with the listener’s concept of time and genre, challenging us to see dance music differently. An exotic jazzy melody loops into a hard electro beat, which in turn falls into a filthy Dubstep section. Trolley never settles on one genre for any length of time. Despite the break-up, though, this track is designed to murder festival soundstages.

But just as Trolley alludes to the archetypes that appear in Bass music of the past, he sets out to create his own with “Insanity” and “Take it Back”. Both tracks use updated vocal modeling and take advantage of more Rhythm and Blues euphoric synth arrangements that pair so well with deeper and darker Dub Step beats. The tracks are simultaneously sexy and aggressive which gives them a decidedly underground feel.

Rounding out the EP is “End of the Earth”. The track is cinematic in its approach and showcases Trolley’s artistry, skill, and professionalism in the studio. But it also offers listeners an opportunity to bang their heads. For those who fell in love with Firepower’s “take no prisoners” approach, this track will have you raging.

The Track Listing for Archetype is:

Catch Trolley Snatcha on Tour in your city:

For more info on Trolley Snatcha