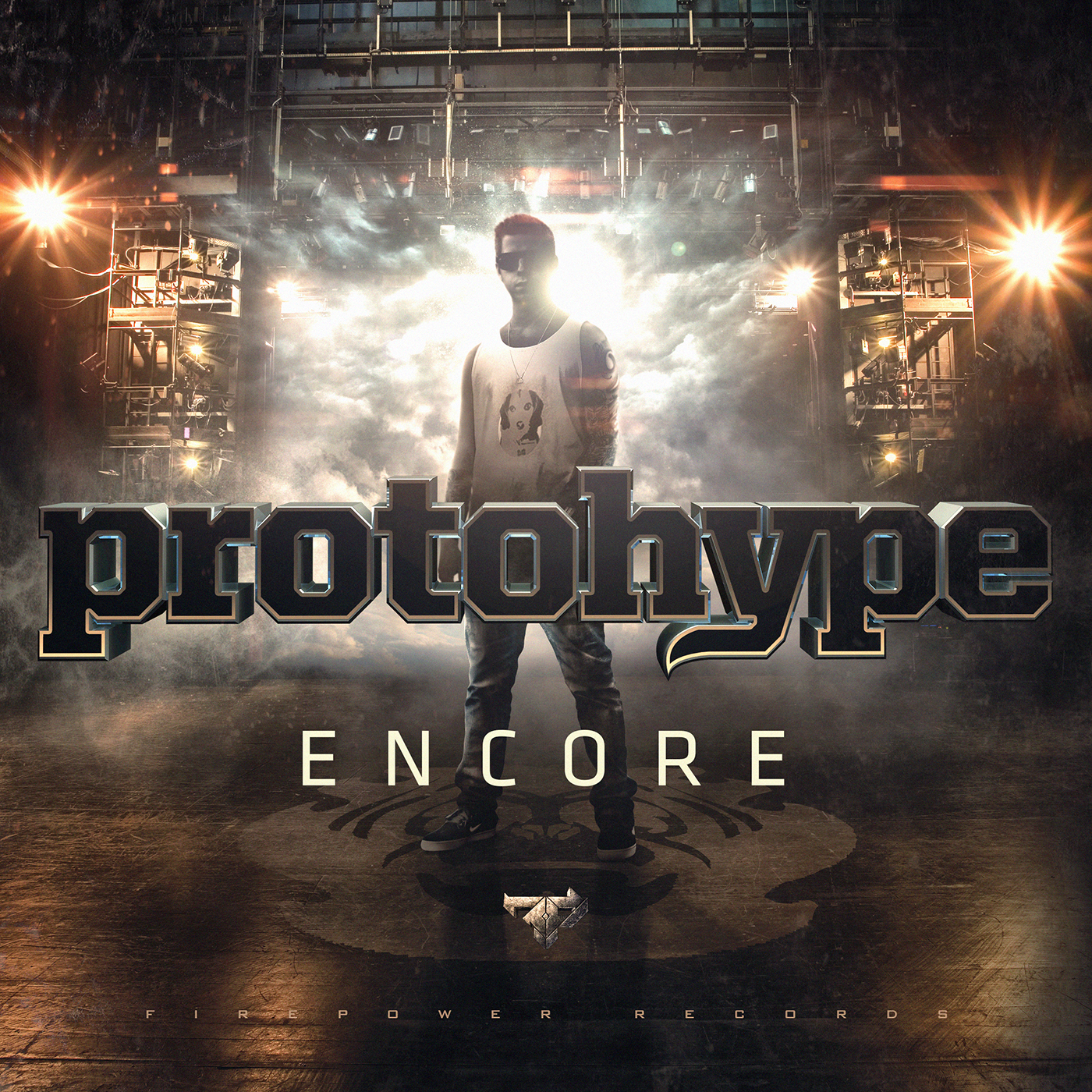 Originating in the hip hop world, Protohype’s fusion with bass music has created a new sound, Dub Hop, which combines the gritty low end of Dubstep with trunk rattling hip hop drums. This progressive sound has led him to new heights in both the bass music community and the Hip Hop world. Encore is the pinnacle of Protohype’s skill thus far and is a perfect example of how heavy doses Protohype’s signature brain-bursting Bass can counterbalance with more mainstream electronic musical elements.

Choosing to work with vocalists that compliment his intense ground and pound style—rather than upstage it—Protohype has put forth an EP that is perfectly designed for all kinds of fans and venues, from the armchair bass head, to the frenzied festival rager.

Encore begins with a full on audio assault. “Fight to Hold” featuring Jeff Sontag launches listeners into the stratosphere immediately. Sontag’s soaring vocals compliment the dual combination of euphoric progressive synths with their heavier and meaner buzzsaw counterparts. Protohype keeps us high with his take on the classic sounds of Riddim in “Encore”. Ras contributes his Hip Hop lyricism to the track, which will undoubtedly create opportunities for massive fist-in-the-air-sing-alongs anywhere this track is played.

Firepower label boss and evil genius Datsik collaborates with Protohype on “Zero” by hammering the track with his wicked bass-forward production style, and “Playing with Gold” featuring the sister duo Duelle brings us all back to earth again. Pairing the duet’s songbird vocalism with searing synth stabs unites two seemingly opposing genres into a unique, intense, and emotional headbanger. Featured also on the EP is a massive remix of “Encore” by Firepower footsoldier Twine. There is no doubt that Twine’s sound evolves into a more and more precise musical monster with each track he releases. His Remix of “Encore” is no exception.

For more information on Protohype:

3 thoughts on “To Release: Protohype’s Encore”