Buy Tickets here: bit.ly/FirepowerVsSmog Los Angeles (February 28th)– Firepower Records is thrilled to announce that we’re returning to Miami for Miami Music Week for another Firepower Vs. Smog throwdown, with Datsik set to go B2B with our friend 12th Planet. In partnership with Embrace, the event will take place at The Hangar on March 23rd, and a fully locked […] 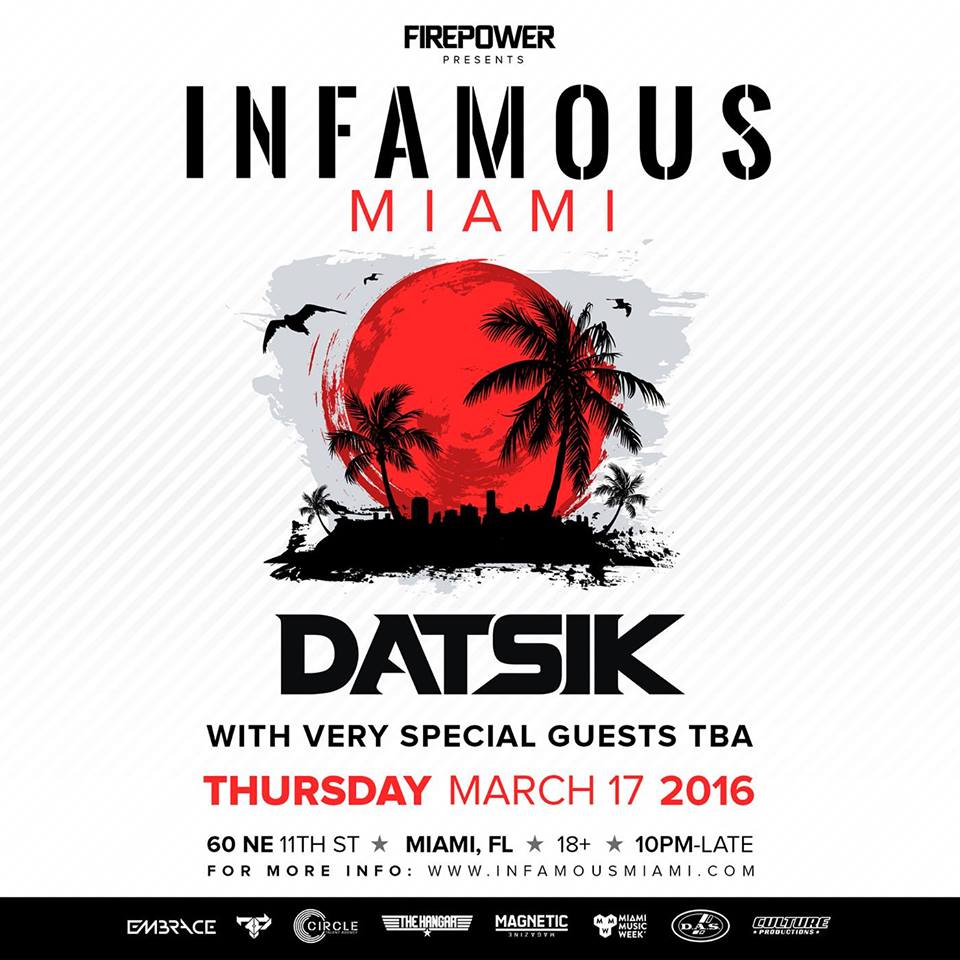 
Buy Tickets here: bit.ly/FirepowerMiami Los Angeles (February 24th) – Firepower Records is thrilled to present INFAMOUS Miami, which will take place during Miami Music Week at The Hangar on March 17th. Datsik is bringing a massive contingent of the Firepower family along with him, and a fully locked and loaded arsenal of very special guests […]