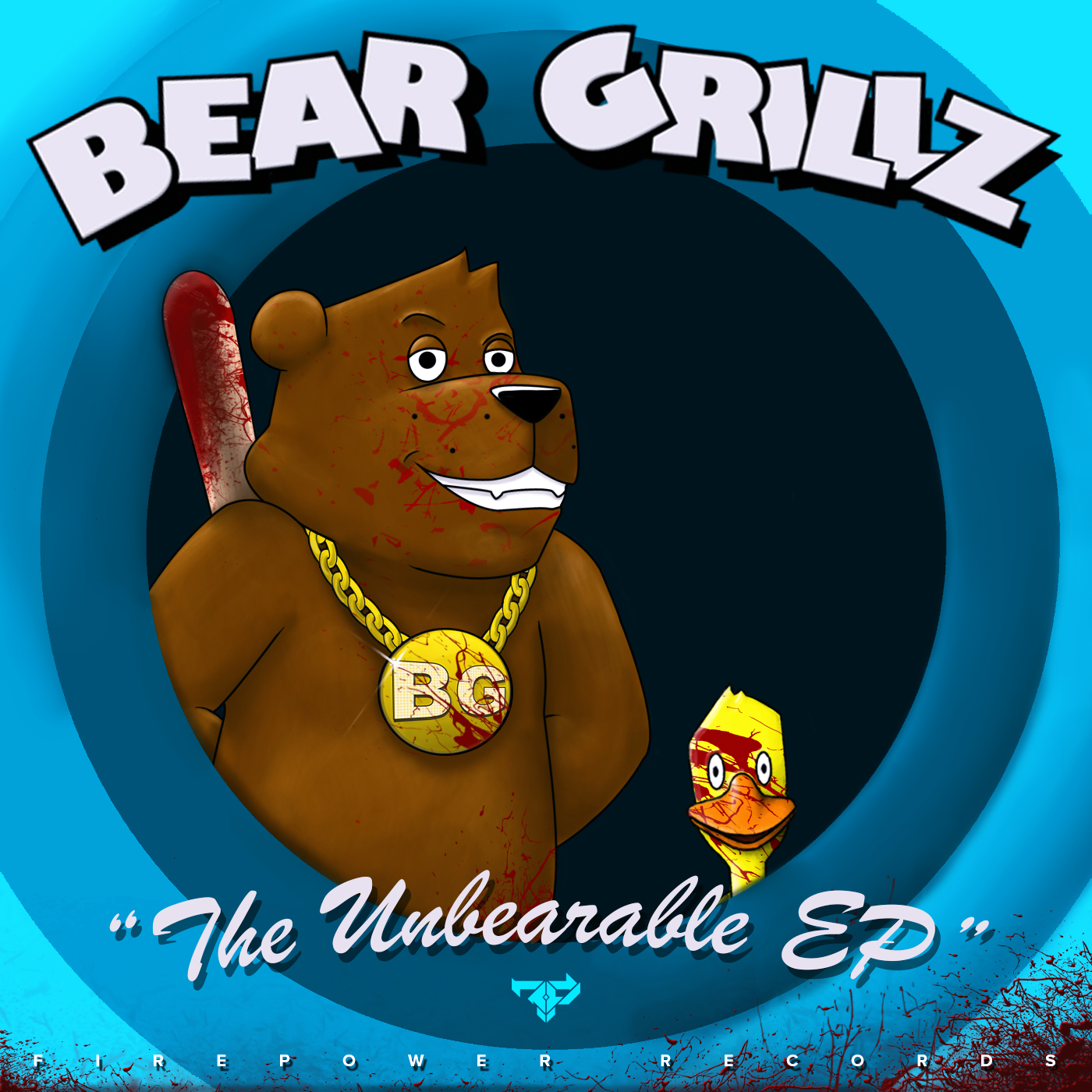 LOS ANGELES (January 14, 2014) On January 27th, Firepower Records will release Bear Grillz’ The Unbearable EP, and with the level of bass this EP packs, it’s fair to say that hibernation is officially over.

The EP kicks off with “Praise It”, a bouncy homage to the Reggae and Dub inspired rock of the early 2000’s. The track toggles between live-sound and hard-as-nails Dubstep sections. The live-sound sections are a clever use of classic instrumentation and offer the listener a unique dual experience. The track “Triple Threat”, a three way collaboration between Bear Grillz, Datsik and Firepower Records footsoldier Twine, offers up the same kind of vibe. There are two musical experiences at work here—one resembling a full band playing on stage and another slamming the listener with a full-on bass and synth audio assault. The staying power of the dub sound is massive, and it has proven to be so influential through the history of music that it flows seamlessly from the dub rock genre into it’s harder electronic music iteration, Dubstep.

“Shark Attack”, however, takes no prisoners. It’s as aggressive and in your face as its title suggests. The shark attack tune made famous by the Jaws movie franchise lurks beneath the surface, and like the predator, this track will tear you up.

We all knew Bear Grillz was a promiscuous forest dwelling creature, but his track “DTF” seals the deal. It’s a peak hour electro house banger with some solid progressive synth tying everything together. But the message is clear, and you’ll want to be dancing next to someone you’re crushing on when the track slams festival sound systems this year.

It should be said, though, that Bear Grillz has an unorthodox hibernation schedule. Instead of shoving marmot flesh into his maw and then sleeping away the cold winter months, Bear Grillz has been touring North America on his marathon 45 date Oasis Tour with Mitis and Cry Wolf. Terravita has invited him onto their upcoming Gunpowder tour and he’s earned a spot on Firepower Records Label boss Datsik’s massive Ninja Nation Tour. It looks like the bear and his duck won’t be resting any time soon.

The Tracklisting for The Unbearable EP is:

For More Information on Bear Grillz: