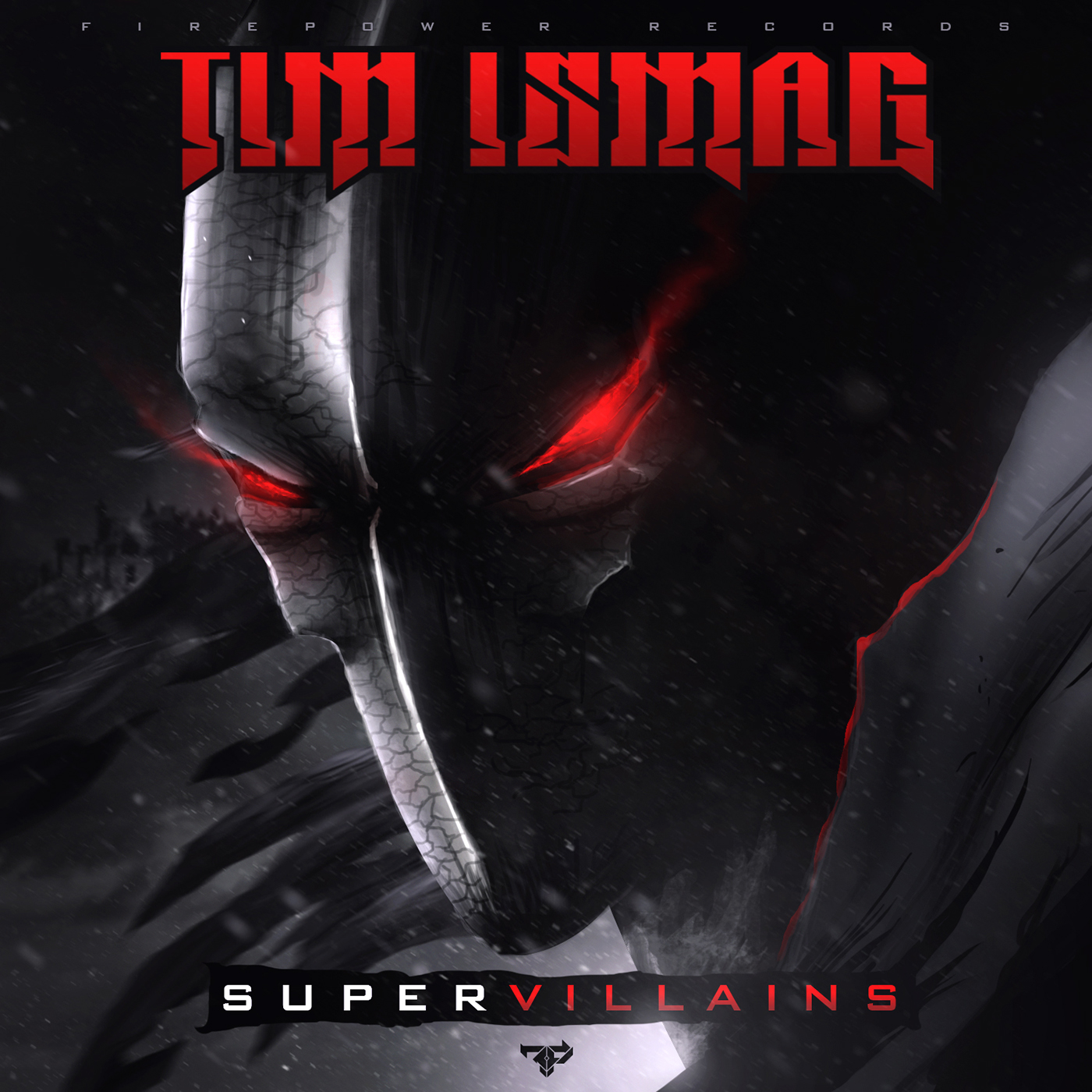 LOS ANGELES (November 17th, 2014) Firepower Records foot-soldier Tim Ismag will release his Supervillians EP on Decmember 2nd. This release comes amidst a barrage of heavy artillery Firepower Records has unleashed in the last few weeks, and Tim Ismag’s barbaric bass cannons only increase the intensity of the assault.

What’s a superhero without a villain? While we traditionally celebrate the good deeds of the hero-come-to-the-rescue, we rarely celebrate the villain, without whom heroes like Batman would simply be another dude dressed up for a serious night of trick-or-treating. Tim Ismag switches that up in his Supervillians EP, which emphasizes the sinister soundscapes associated with our most notorious evildoers—not surprising coming from someone whose influences include the heavy metal of AC/DC and Metallica. The result is a dark approach to Bass music, but, as with his title track, “Supervillians”, Tim Ismag packs it with enough potential energy to level dance floors around the globe.

The EP is a loaded weapon; four originals are supported by three remixes, each one focusing on a different villainous theme song. “Electro” and “Scorpion” featuring Trinergy places us in a futuristic dark age, where one to one combat is the norm and you might find yourself in the ring against the ninja dressed in yellow and black of Mortal Combat fame. “Xerxes” takes us back to the days of the famous god-king of the Persian Empire hell-bent on world domination. Tim Ismag gives us an exotic melody over a dancey stylized break-beat supported by 808’s.

EH!DE comes through with his “Supervillians” remix, while Firepower veteran Minsesweepa gives us his take on “Electro”. Rounding out the Remixes is Spag Heddy’s “Scorpion”, whose clever ear for bass- heavy filth and mind-altering synth arrangements are almost unparalleled, outdone only by his own supervillian.

The track listing for Supervillians is:

For more information on Tim Ismag: