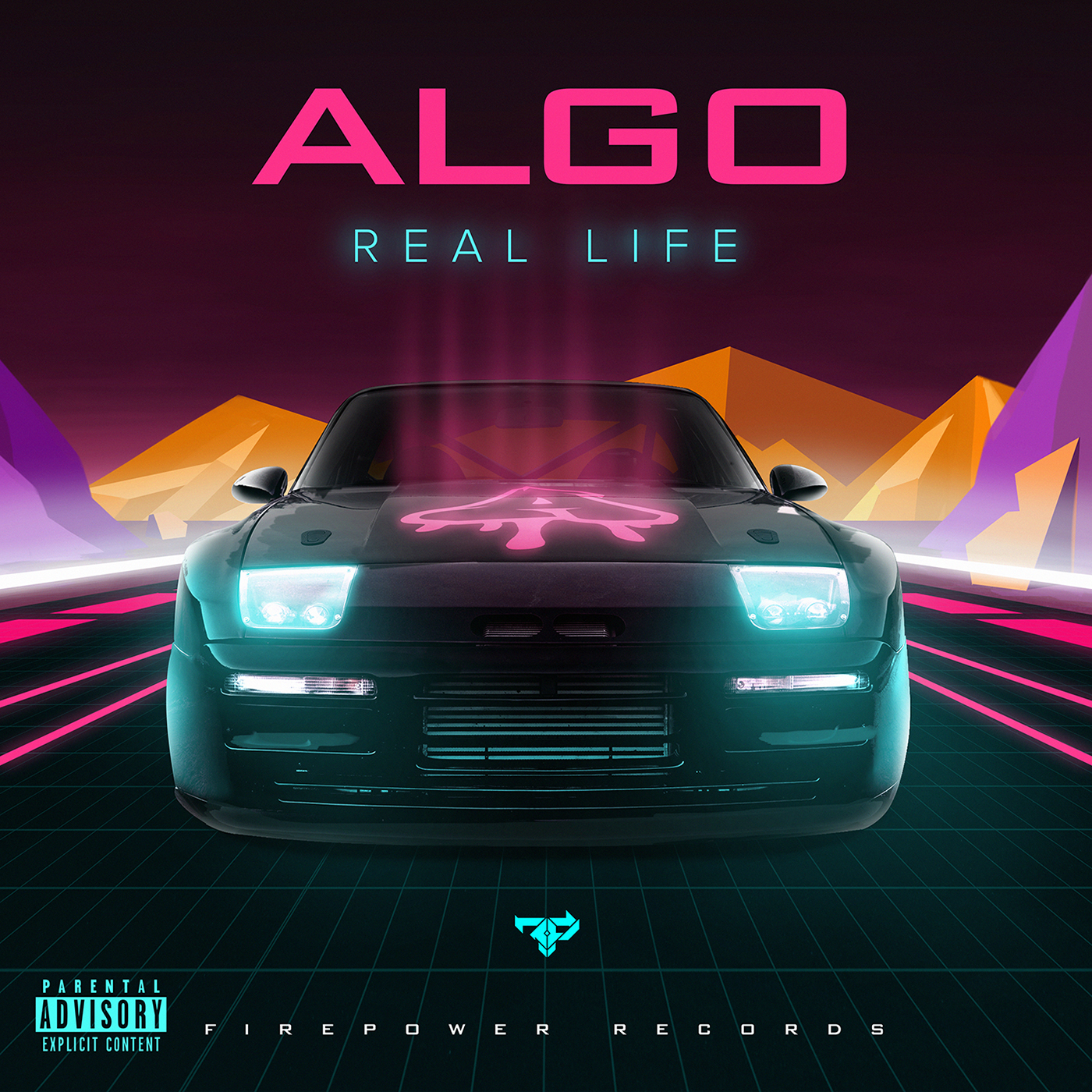 This week, Firepower Records stuffs Algo on the Hotseat. His forthcoming EP Real Life is all kinds of nasty, and DJs from all over the world play his tracks on the regular. We are beyond stoked to have him on the roster, and, admittedly, a bit giddy we get to nail him down with this interview. Read up, and don’t forget to get your ears around his guest mix for the Firepower Records Lock and Load Mix Series.

At what point in your life did you decide to make music professionally?

Ive been in the game for 5 years now but would say that I didn’t really start seeing it as a full career path until about a year and a half ago when the guys I looked up to started playing my tracks and asking to sign to their labels. That’s when I decided to really take things seriously (kind of lol) and really hunker down on the marketing and networking side of the industry. I’ve always kind of been a “lone wolf” of sorts… always liked to just do everything myself you know? Basically everything I know about music was self taught minus my 6 month schooling for audio engineering at Sheffield institute for the recording arts which was VERY insightful for mixing and mastering as well as recording and working in an actual studio.   But recently I’ve been building a team around me of close friends who share the passion and constantly cheer me on because they want to see me succeed along with the help of my mom and dad as well as my extended family over at Arcane talent.

Your title track “Real Life” is a Bass House hybrid. Why is it important for bass music producers to experiment with different styles and genres?

Yeah I am super happy with how this track turned out, it was one of those tunes that you just get some crazy inspiration and just binge write for hours! I have always been a very “versatile” producer of sorts. I think it is absolutely KEY in learning your craft to dabble in as many different genres as possible, learning elements from let’s say drum and bass can really translate over into dubstep or trap, house or anything really because it is a very fast percussion based genre it can show you just how much of a difference a hi hat pattern or something could make..I think that’s how boundaries are pushed, by learning as much as you can about all different music from all over the planet then putting your own artistic twist on it!

If you had a chance to sit down and interview any famous person in history (or today), who would it be and why?

Hmmm this is a hard one… I would probably say Thomas Edison. An inventor who was just so intelligent and so ahead of his time…I’d like to sit down and pick his brain for a while, I’m really fascinated by people like him. True visionaries.

Do you have any rules for success or pieces of wisdom that you live by?

I would say don’t ever let anyone know your next move….
“Bad boys move in silence” – Notorious B.I.G.

In this business most of your “peers” have NO shame or moral compass to stop them from taking someone’s creative ideas in a HEARTBEAT and capitalize on it. It’s very cut-throat to come up in “EDM” these days because of the sheer amount of kids who have access to the tools you need to create great records, and everyone wants to be a rockstar but no one is willing to pay the dues and make the sacrifices that it takes to be a forward thinking artist, everyone wants to cut corners. But in the end I would have say to always keep your head up and have fun with it, it’s so easy to lose your patience when you’re sitting at a computer listening to harmful frequencies for hours on end, but believe me the payoff of making a sick sound or nailing a mix down is priceless! You just HAVE to put the time in.

If the nuclear apocalypse forced you into an underground bunker for an unknown amount of time, what 3 things, other than the essentials (food, water, pizza), would you take with you and why?