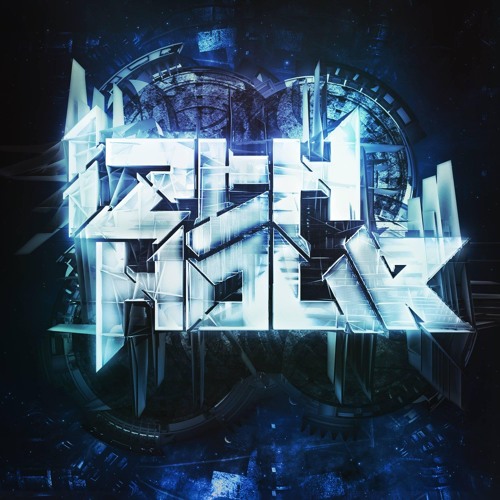 
Within a week of its release, Firepower Record’s Flatline Vol. 3 Compilation shot to the top of the Beatport charts. Much of that success is result of the bass badassery of 12th Hour and his collaborators on the track “Ice Shield”. We caught up with 12th Hour recently and had him break down that collab. We also asked him to drop some advice for other up-and-comers. Read up here!

“Ice Shield” is a heavy track. What are some of the influences you can point to that led you to this production?

Ice Shield became what it is known today by a lot of trial and error with my production. I was in the process of sending Demos into Firepower that wouldn’t cut it, but it gave me motivation. My background in music is, lets say, “very very heavy”. Some people use the term Robostep of Deathstep and that is what I was originally known for. So I had to try something new and different. I submitted a song called “From Within”, a song with energy and emotion. That was the first demo track that Firepower saw potential in me in other forms of music (BTW this Track is now Free) So I decided I needed to drift to a new style with more energy and mass apeal. I contacted Skyloud, who is one of the members of Zetta, and we thought it would be a great idea to collaborate. He then hit up Deltabot, who is the other face of Zetta, and that’s how it all started. Now these guys know this style of music like of the back of their hand and were definitely the ones I needed to take this image in my head of what I was looking for and turn it into something everyone would love. I let Zetta take control of this project and learning more about this style, i’m very creative in my way of arrangements and how I want certain things to sound so we came up with this massive song!

How did the collaboration with Zetta come about?

So this question ties a lot into the first for me, but I can get into the nitty gritty of how me and Zetta came together.  About a year ago me and Skyloud were going to actually join forces and start a new secret alias but that fell through.  We kind of lost touch for a while, then a couple months ago, when I was trying to perfect this new sound I was chasing, I saw how well he was doing by himself. It was amazing and he’s still in high school! So I would ask him for feedback on tracks all the way to some sound design tricks.  Fast forward a month or two. I got in touch with Firepower Records and Troy for the Infamous “DJ DatStick’ Twitter account that I made when he was in Chicago and had the ceilings collapse. Anyways I was able to get in touch with Troy and he liked some of my heavy stuff and told me I should Demo to the label. After I figured out what style of music Firepower saw potential in for 12th Hour I asked my buddy Skyloud if he would like to collab on a new demo to send Firepower after his successful track with TRIENERGY. He was of course down (who wouldn’t be) haha and he mentioned to me he started a new duo alias as Zetta with his good friend Matt (Deltabot). I of course was stoked to hear this, 3 producers putting their heads together, only good things can come from this. After the success of “Ice Shield” we actually have a lot of unreleased songs together that we hope the world will be ready for!!

Where can we see you play live? Any upcoming shows?

So I play live where ever I am requested. I had to unfortunately cancel two shows last month due to very serious family issues. But I plan on making those up and my next show is Saturday, March 19th, in the Chicagoland Area (the location is still TBA but if interested here is the link https://www.facebook.com/events/576118705869110/  Hopefully you will be seeing me more and more around the country this year! Look forward to bringing down the house in every city I can!

What’s a piece of advice you wish more people would follow?

Stay humble. I’ve seen so many of my peers get an ounce of fame and they act like they don’t know you anymore. Its really sad because I had a falling out with a producer who I worked with and talked all the time. So yeah, that’s probably the best advice I can give anyone, no matter what you do, if it’s playing sports, making music, being an actor, anything that puts you in front of thousands and millions of people is just to stay humble and leave the ego at home’. Oh! and make music for yourself– don’t follow trends. Be unique and it will pay off in the end!

What’s one track that isn’t your own that you are really digging at the moment and why?

This is such a hard question because there are so many tracks I listen to on repeat.  I am REALLLLLLY digging “Rip n Dip” by Getter at the moment, his new style really pushes me to make better and better music. He is probably my biggest inspiration at the moment.