June has been a huge month for Firepower, but the real weapons are the artists themselves that have been working hard to put good music in your hands. From Infuze and Jphelpz, to Barely Alive and Truth, it’s always an honor to have good soldiers marching with you.

Without a doubt, though, Truth has seen some huge responses from across the dance music world. The LP, Hollow World, has been sitting at the number 1 spot on the Beatport Dubstep, DnB, and Glitch Hop releases chart since it was released last week. Overall, as of this post, it is the 4th most desired release. Fucking wicked.

And, in collaboration with Truth, we’re offering up a Hollow World LP special limited edition Vinyl, and you can pre-order yours now here: 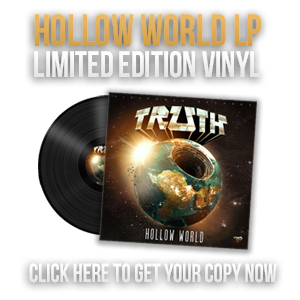 We’ve pulled some responses to Truth’s Hollow World from Blogs around the world and thought we’d throw some out for you.

“this release is one of the, if not the, most important of the year… a great masterpiece of Bass music” – lfos.tv

“this album is an instant classic to stay the least” – dropthebassline.com

“TRUTH has been holding it down the entire time, remaining loyal to the sound they love… This is the stamp of a true artist” – Funkadelphia

“Hollow World features their first diversions into deep house tempos as well as dubstep rhythms, but ultimately remains unapologetically a dubstep album from an act that’s well placed to ride out any boom-and-bust hype around the genre” – Fact Magazine

“An essential buy for any electronic music fan” – Spectrum

“the internationally renowned duo have provided on so many levels… this album unquestionably competes for pole position amongst some of the great music the pair have released. I would say there’s a bright future in store for Truth but I’m not really sure what else they can do…” – Fatkidonfire.com

Much respect to all the media outlets that continue to put good music on your radar. And speaking of Do Androids Dance? Here’s a special mix Truth constructed for them. Put this in your earholes.