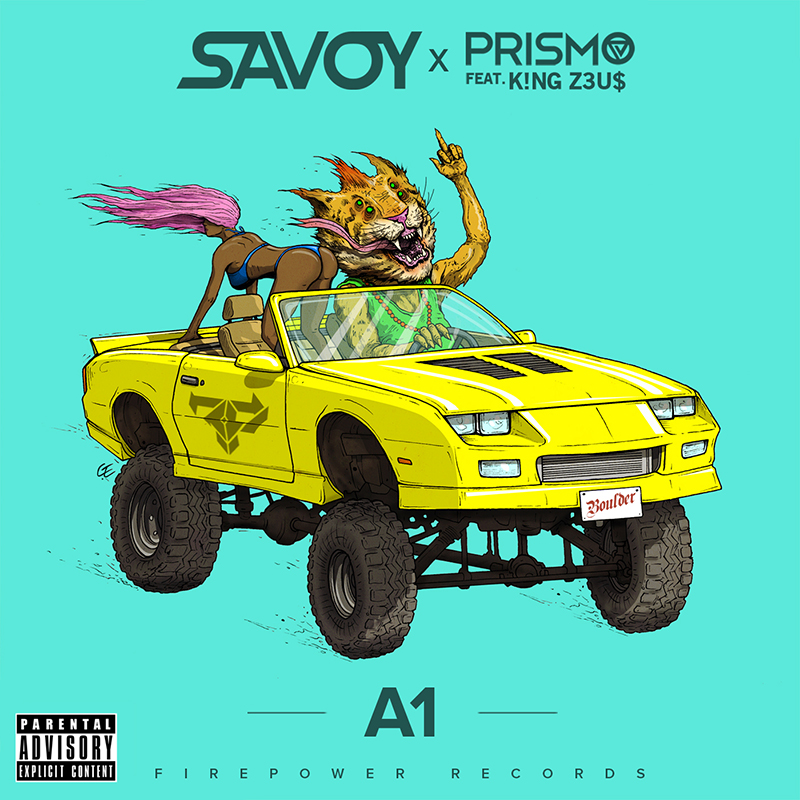 LOS ANGELES (August 20th, 2015) Firepower Records is thrilled to announce the release of Savoy & Prismo’s new single “A1” featuring K!NG Z3U$, on September 18th. Firepower continues to push the boundaries and definitions of Bass Music, and by featuring the Hip Hop lyrical fire-breather K!NG Z3U$, the track proves that the roots of Hip Hop and Dubstep come from the same soil.

“A1” begins by setting a decidedly filthy tone. Savoy & Prismo’s production abilities shine as they force a buzzsaw synth into a sinister melodic topline. K!NG Z3U$’ vocal styling accompanies the track perfectly and he balances the sound of his voice level with the track. The result is that his words become part of the song without upstaging the production wizardry of Savoy & Prismo.

What we have here is a festival banger that will instantly lead to massive audience sing-alongs. Thousands of fans rapping along with K!NG Z3U$ is enough to shoot any set into overdrive. And as DJ’s continue to diversify their sets by reaching deep into their libraries and deliberately blending genres, “A1” will be a must-have track to tie it all together.

For more information on K!NG Z3U$

For more information on Savoy:

For more information on Prismo: