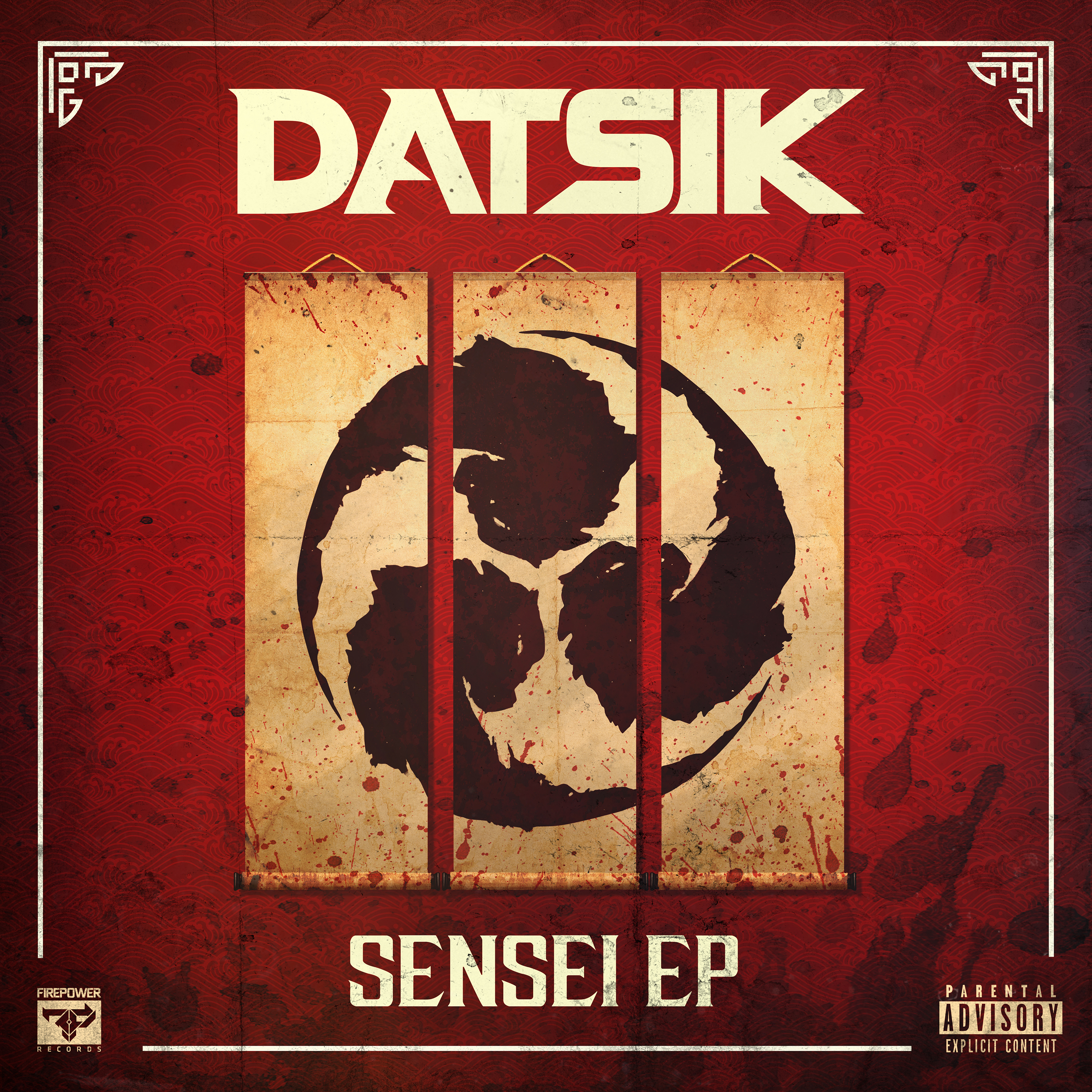 
Los Angeles (November 30, 2016) – Firepower Records is thrilled to announce the much-anticipated forthcoming release of Datsik’s Sensei EP. Set to drop December 16th, the release coincides with his massive ‘Ninja Nation 2017 Tour’, which is themed after his obsession with ninja culture.

The EP itself is the result of a full immersion into the serious study of bass bad-assery. Nearly a decade has passed, and Datsik has risen through the ranks of masters in the sonic arts. But if a student is focused, disciplined, and patient, his skills will supersede his Master’s. Datsik has proven his aptitude for this game over and over again. His talent is unmatched, but it isn’t his alone. All success is gained by standing on the shoulders of giants, and now Datsik has become the Sensei, the Teacher, beset with a severe responsibility to ensure the next generation of young producers continues to improve the scene and push the envelope of bass to the edges of the known universe. This EP is the textbook.

Starting the EP is the title track, “Sensei”, and it sets the tone immediately. The classical stringed instrumentation places us squarely in Feudal Japan. The track is a Ninja assassin, precise in its technique and singular in its goal. The buildup leads to a drop that strikes its target hard and clean, a clear indication of mastery on all sonic levels.

For “Nasty”, Datsik teams up with Virtual Riot, an impressively lethal combination of force and audio experience. Virtual Riot’s unique sound design and guttural growls is immediately recognizable in the track, but with Datsik’s touch, the track hits head-bang territory before you can say “neckbrace”.

Beloved L.A. Rapper AD and Datsik go in big with “Wreckless”, and the result is a phenomenal piece of Bass brilliance. AD also brings to the track his legacy as one of Compton’s modern Rap heros, and he is notorious for grinding alongside fellow south central native Kendrick Lamar since the beginning. His reputation precedes him, and as he raps in “Wreckless” you feel that history balancing perfectly with Datsik’s musical vision.

“Just Saiyan’” comes in hard and doesn’t let up. The track pays homage to Datsik’s fascination with the extraterrestrial warrior race of Saiyans in Dragonball Z. The allusion works well—anyone that knows the peaceful man behind Datsik’s nom de guerre would agree that a Saiyan could very well be his more aggressive alter ego. Pumped out of a 100k plus watt sound system, the bass undergirding the sinister synth stabs has all the potential to summon the Saiyan in everyone on the dance floor.

Datsik exhibits his range with “Fly Low” featuring the lyrical swordplay of Lox Chatterbox. Hailing from the bucolic coastal town of San Luis Obispo, California, Lox Chatterbox has made a name for himself through his infectious vocal gymnastics and has appeared alongside EDM and Rap greats like Ice Cube, E40, and Atmosphere. The song itself takes on the more euphoric components of Lox Chatterbox’s words, soaring high at times while always keeping the classic Datsik wubs close at hand.

The town of Kelowna, British Columbia, has produced two of the most monumental Dubstep icons on the planet. Both Datsik and Excision cut their teeth cultivating the dance music scene there, and eventually took their talents to the next level. As two massive acts independent of each other, their track “Redemption” brings them together for an insane collaboration of filth and dance floor destruction. Excision, who’s penchant for engineering wall’s of sound with the force of a category four hurricane smashes against the low frequency wubs and synth stylings Datsik is known for.

Zach the Lad has re-emerged for another mission alongside Datsik with “Gravity”. Zach The Lad officially went public earlier this year with his debut EP Black Sheep on Firepower Records. His technique shows a producer who has an absolute control over his creative vision. “Gravity” reveals this genius through a gorgeous musicality, the inspired chord progressions, and an incredible attention to detail. Datsik considers Zach The Lad one of his most respected producers, and if anyone has something left to teach him, it’s Zach. Even Senseis have Senseis.

The Tracklist for Sensei is: