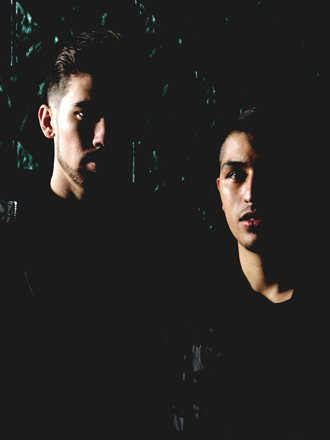 
There is little personal information known about the American duo known as PURGE. The uniquely branded duo exploded onto the scene in September of 2016 and quickly grabbed the attention of listeners for exhibiting technical sounds and a haunting dark bass feeling. Rather than using masks or helmets, they have used effects and specific camera angles to hide their faces across media platforms to emphasize the attention they want to bring to their music and segregate them from other faceless artists. The goal for PURGE aims to take a rebellious stance on electronic music by gathering their influences from genre-benders like Noisia and Flume for their creative attitude, which they aim to implement in their own concept.

Their debut EP, “Feel Your Love”, was released in September of 2016 via Skrillex’s imprint and media platform, Nest HQ. Receiving praise and support from Owsla, media outlets, and DJs alike, the EP evoked a haunting initiation to PURGE’s genre-bending design being labeled as “dark bass”.

In the following months, they released music on EDM.com’s imprint, Type 91 and Elysian Records with songs “Die Tonight”, “Holding On” and “Kush” receiving support from DJs and channels like San Holo, Krewella, QUIX, Run The Trap, NEST HQ and Trapstyle, to name a few. Their single, “Holding On”, was placed #3 on SoundCloud’s “Dance & EDM” charts. Their tracks have also been featured on Spotify’s “Fresh Electronic”, “Discover Weekly”, “Bass Face” and OWSLA’s “Weekender” playlists on Spotify.

For now, they’re on there way to EDC Orlando!

There are no releases available from Purge at this time.