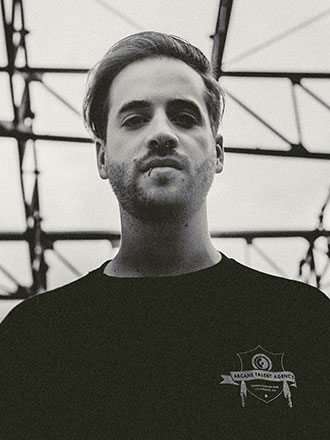 
Hailing from the deep cold of Montreal, Canada, Krimer AKA Simon Bertrand is a producer who quickly proved himself to be a force of nature. Known to be pushing the boundaries of dubstep and taking multiple facets of different subgenres and boldly bringing them together into a completely undeniable sound design.

Garnering attention from all across the globe by people in the know including the support of the likes of Bear Grillz, Getter, Funtcase, Habstrakt, Dubloadz, Bukez Finezt, Spag Heddy, POgman, 12th Planet, Snails, and many more, Krimer is currently paving the way to the dubstep of tomorrow. Fresh off the release of a five tracks EP entitled “GAMMA” on Octane Audio which included fan favorites like “Madchild”, “Order” and the title track “Gamma”… it didn’t take long for it to reach the number one spot of the dubstep chart of Beatport.

With a “No Days Off’ attitude, Krimer has not only left a mark on the charts, but also a grand impression on thousands of fans with his contagious energy everytime he takes on a stage and plans on keeping the momentum going and keep on evolving his unique sound in the many years to come.

There are no releases available from krimer at this time.