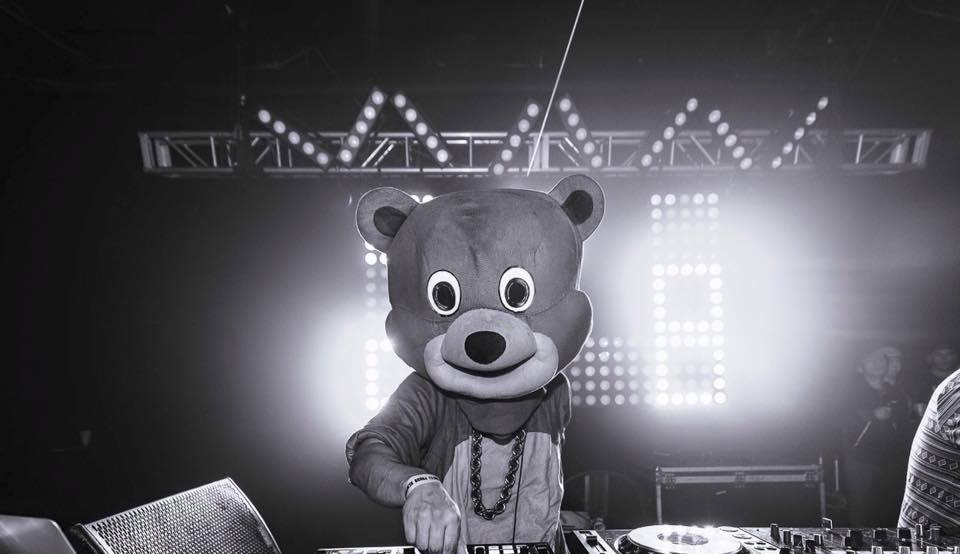 Bear Grillz is not your run-of-the-mill EDM insider. The only shady backroom deals he’s making is how to sneak more gummy bears and honey into the green room. He is not from the EDM establishment. And yet, Bear Grillz is one of Firepower Records best selling artists. He’s toured with Datsik, and just finished a monster U.S. bus tour with Excision. Last friday, it was announced that he would reveal his true identity on the Jerry Springer show, which will remove that last bit of secrecy surrounding the personae we see on stage and in social media. We got Bear Grillz to sit in the Firepower Hotseat so he could clear up a few things for us. Here he is, ornery as ever.

The new EP, Mo Honey, Mo Problems, is stacked, and it seems that you revolutionize the entire EDM world with every release. How does this release prove that all people really want is more EDM and that they want it now?

What are some pre-show rituals you have that people may not know about?

Obviously with all my fur it gets very sweaty on stage, so I like to take an ice bath before I go on. Once I fell asleep in it for an hour and a half and my knuckles went black. My tour manager had to thaw me back out again with a hairdryer while I stood there naked. Good times.

You’ve just finished with the massive Paradox Tour with Excision. What are some ways you decompress from something like that?

It’s rumored that you will be revealing your true identity soon. How will that go down?

It’s gonna be on Jerry Springer. I’m told they’re expecting the highest viewing figures of all time, but I’ve also been told in the past that eating raw Ostrich is good for the common cold and that drinking groupie’s tears is an aphrodisiac, so naturally I take everything with a pinch of salt.

If fans wanted to buy you gifts, what would would be on your amazon wish list?