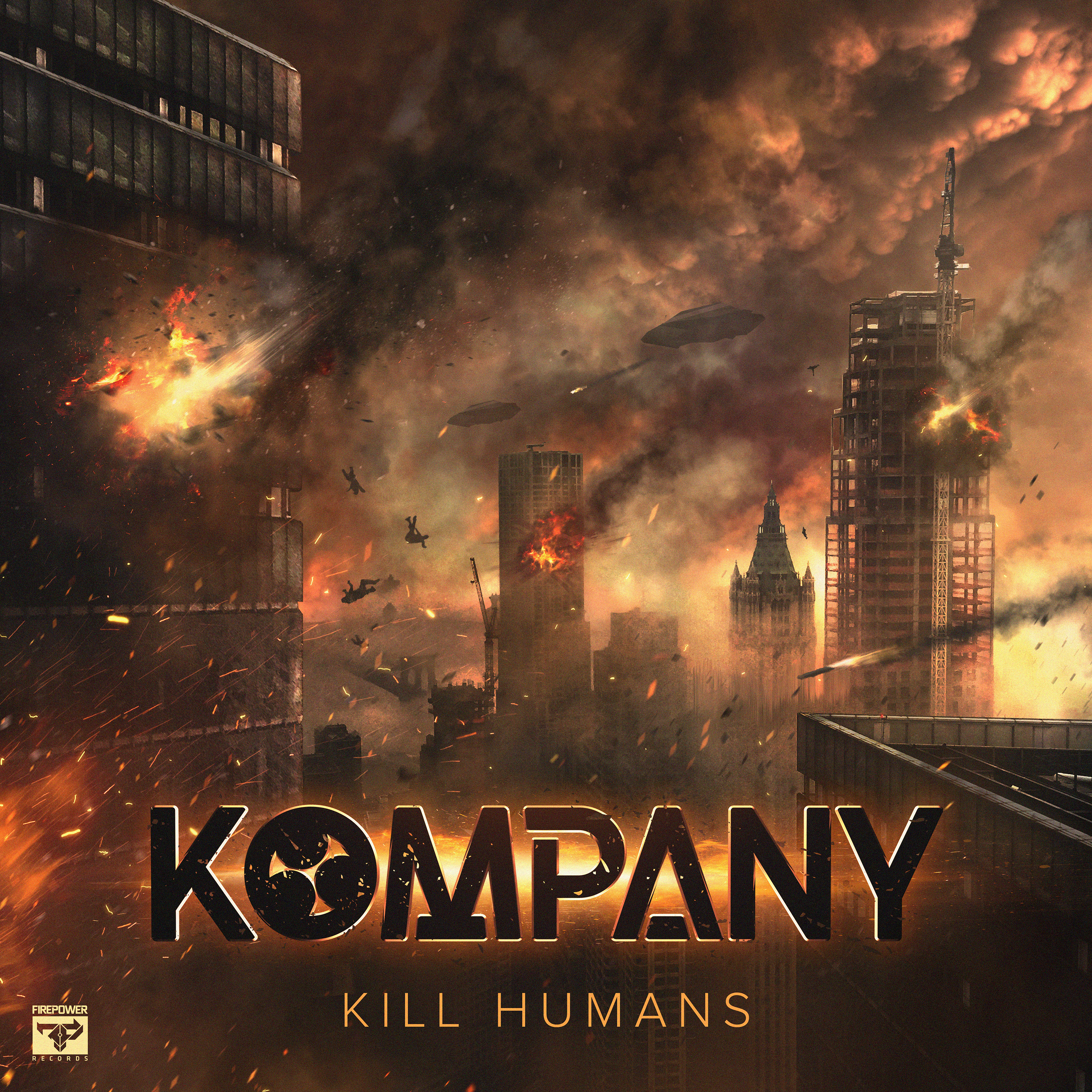 Los Angeles (March 13, 2017) – Firepower Records is beyond stoked to announce that Kompany’s forthcoming release, Kill Humans, is set to drop on March 31st, and it’s straight murderous. From the shadows of anonymity to the halls of the esteemed Icon Collective Music Production School, Kompany has devoted his life to perfecting the craft of bass music production. Hailing from the bucolic town of Temecula, California, Kyle Hagberg grew up with drumsticks in his hands and a skateboard under his feet. He was an early devotee of bass music revolutionaries Datsik and Skrillex, and if this EP says anything about Kompany’s production prowess, it’s that he’s on his way to earning a spot alongside those prestigious producers.

The title track, “Kill Humans” is vicious in all the right ways. A sinister introduction plows right into a massive drop. The tone is set—dark and heavy and bloody. “Kill Humans” hits the listener hard, but it’s the intricate sound designs creeping through the track that supplies it with its power. Kompany’s attention to detail pays off here, and the track is loaded with sound constructions that send this tune into the stratosphere.

“Creepin’” toys with a future bass topline, but just as the euphoria sets in, Kompany pummels the listener with a pulverizing trapstyle drop. The sub bass is a killer here, too, like a silent assassin creepin’ in the shadows waiting to strike without warning. In “Arcadia”, a track he produced with TYNVN, he briefly sensationalizes the melody again, and it reaches deep inside the emotional core that lives deep inside every true raver’s heart. It doesn’t last long, though, and a scorching synth tears through the braincase. The track hits level 1000 head bang territory without warning.

Kompany’s greatest strength with this EP may be his ability to present the listener with incredibly lucid audio imagery through his cinematic soundscapes. Squaring out the EP is “At Em”, another stroke of bass production genius and a perfect end to the story of this EP. The track takes the listener down through the subterranean worlds where bass originated. Dark and murky, the track moves along in shadows until it drops into head bang territory. A razor-sharp synth pulses through and rattles the brain, and you’re left satisfied. Dizzy, but satisfied.

The tracklisting for Kill Humans is:

For More Information on Kompany