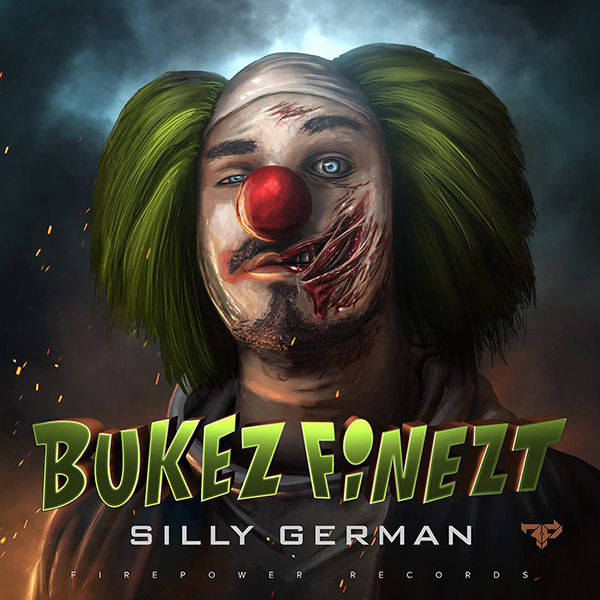 
(Los Angeles) July 3rd Firepower Records is set to release Bukez Finezt next EP Silly German on July 21st, and the hype surrounding this project is already very real. The tracks featured on this EP have found permanent homes on the set lists of the biggest bass DJ’s on the planet and have bombarded festival sound systems relentlessly. Chances are good you’ve already Shazamed his tracks after bouncing along. So, we couldn’t be happier to make these tracks available to you now.

The city of Cologne in Germany might be known for its big-ass Cathedral, but with a slew of hefty releases and support from a notable roster of Bass music’s royalty, Cologne is now known for big ass bass. Igniting this four-track EP is the title track “Silly German”. Playfully disruptive, “Silly German” is Bukez Finezt’s calling card. It’s clear the kind of musical mind we’re dealing with here; deliberately destabilizing, yet completely cognizant of the chaos he’s causing on the dance floor. While he makes use of a fun-house style synth strategy, his clever toggling between a live hip-hop drum beat, keeps the heads bouncing.

There’s a very high likelihood you’ve already heard the Bukez Finezt VIP cut of “Phat Bitch”. Among the bass heavyweights that have played it out at festivals around the world are 12th Planet and Datsik. This track is filthy, straight up. The strength comes from three places: its minimal and spine-tingling synth selection, it’s sustained audio-lobotomy inducing sub bass core, and the irresistible desire to roll along with the lyrics “Booty like a Pancake”. Everything hits at the right time and place, and the track has been incredibly effective for leveling audiences.

“Pipe Burst” is a solid accompaniment to the title track. It’s obscure and disruptive and makes for good bass music. Bukez Finezt is highly skilled at knocking fans off-kilter with his sound selections. Listen closely. Is that the sound of someone doing a back flip into a pool? You’ll have to pay attention because with a chainsaw synth he drives straight through the track, you might miss it. There’s a fine tradition in the world of professional noise production of slipping in unsettling sounds into the track design, and Bukez Finezt is an established participant of that tradition.

Rounding out the EP is “Word to Your Mum”, another unsettling face-melter, which uses the empty silences as effectively as the mind numbing synths tearing through the track. With so much emphasis on creating walls of sound to keep audiences entertained, Bukez Finezt has made an art of empty spaces and very specific sound selections. The result here is an itch you just can’t seem to scratch.

The tracklisting for Silly German is:

For more information on Bukez Finezt: