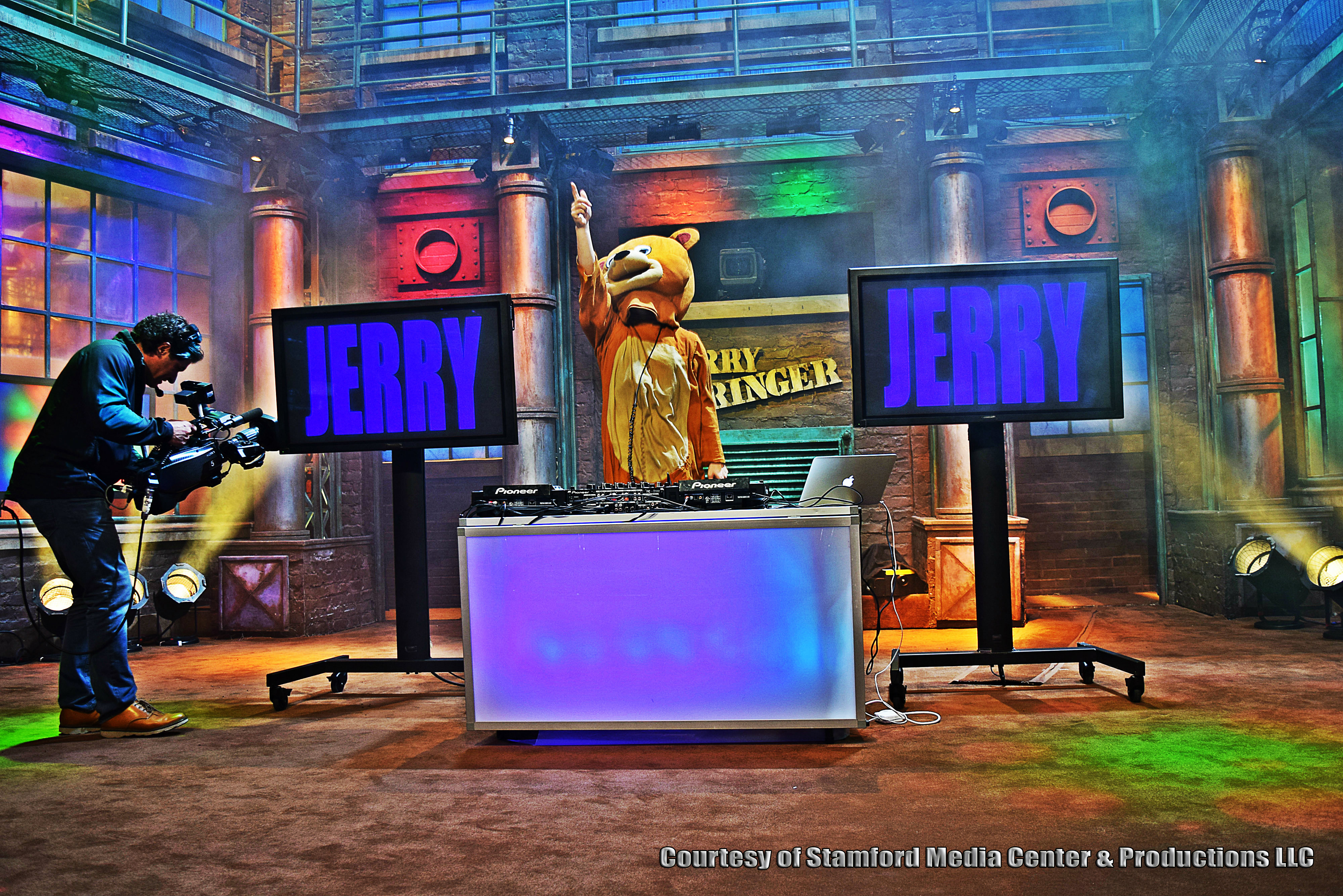 
Los Angeles (April 22ND, 2016) – On May 6th, famed talk show host Jerry Springer will invite bass music’s Bear Grillz, along with two lucky super-fans, onto his show to reveal his true identity to a fiercely loyal fan base—and more than few former romantic interests. In addition to the revealing, Bear Grillz will play a mini-set on stage.

Earlier this year, Bear Grillz sent out the word on social media calling for two fans to join him on the Jerry Springer stage for the revealing if they could convince him in writing why they wanted to participate so badly. Selections were made, and those two fans will bear the responsibility for lifting the veil of secrecy on their favorite Bass Music artist.

Bear Grillz’ live performance persona has him decked out in a teddy bear outfit—complete with an over-sized head—and has allowed the man underneath to evade detection by his audiences and armies of lusty groupies for years. As the mystery of his identity grew, fans developed theories, often wildly speculative, about the dude in the bear suit. Rumors that Bear Grillz was a famous celebrity taking to the decks without the burden of public scrutiny, or that he was the Grammy award winning and bespectacled Skrillex, or that it was Datsik, the Dubstep don himself, fueled an intense and passionate devotion. No one has correctly identified him yet. With the help of these two fans, the head will come off.

In the meantime, Bear Grillz has gone on to release chart-topping tunes including his best selling tracks “EDM” and “Fuck Off”, collaborations with the producers Getter and Datsik respectively. He has released 7 EP’s on the Los Angeles based Firepower Records label and has an 8th, Mo Honey, Mo Problems, due out April 22nd. He has travelled the world, selling out major clubs from Australia to South America, and he has supported both Excision and Datsik on extravagant Bus Tour’s across the U.S.—always in costume, never revealing himself.

On May 6th, all will be revealed. Is it an A-list celebrity moonlighting as a famous DJ undercover? Could it be Skrillex in disguise? One thing’s for sure, we are either going to be very happy or very confused. But either way, we’ll keep supporting the music that makes us rage.

Manager of Publicity I Firepower Records