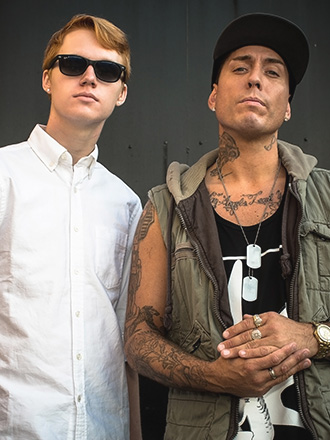 James Fiorella and Lliam Taylor // US

Electronic dance music is truly a nocturnal culture. Consistently, its faithful flock in droves to support the music they love. They come to life after sundown. Dancing and thriving in the dark, while intriguing the rest of the world as to what’s really going on at these festival fields and behind the velvet ropes of the city’s most coveted nightclubs.

Rise At Night makes music for when the stars are out, the speakers are on, and the crowds are gyrating. The duo of Fiorella a.k.a. Messinian and Lliam Taylor a.k.a. Kezwik stir up a tornado of electro, dubstep, house, hip-hop, rock, ragga, moombahcore, trap, drum ‘n’ bass and everything else under the sun for a sound that’s as malleable as it is magnificent.

On paper, these two individuals make for a strange pair. Fiorella is a rough and tough LA born, Philly bred, tattooed, genre veteran who’s been a revered chart-topping pioneer of drum ‘n’ bass and dubstep for well over a decade. Meanwhile, his clean-cut Chico, CA cohort is barely out of high school, but has still managed to garner widespread respect in the EDM community and notch more than a few hits. Still, like any classic combo, their chemistry remains palpable and powerful.

They first connected on Taylor’s Get Dropped EP in 2011 and, consequentially, laid the groundwork for Rise At Night early on. “From the moment we met, it felt like cllaborating was meant to be,” says Fiorella of their partnership. “He’s like my brother. We can practically read each other’s minds. Our vision is to produce music in all genres while remaining true to our bass music roots. We want to exist in any lane we choose while wearing our musical influences on our sleeves and constantly evolving. That’s the long-term vision.”

“It worked from the jump,” adds Taylor. “Everything’s fluid, and we’re able to push boundaries. We can do things together musically  that we wouldn’t be able to do alone.”

That brings us to the duo’s first offering for Datsik’s Firepower Records, The Lady Killa EP, which will eventually lead into their first full-length. Now, the four-track head-trip bounces from aggressive dubstep bombast to sexy, sweaty hip-hop’ed out electro. You can feel that razor’s edge on “Armed and Dangerous”, a potent salvo featuring none other than MC Zulu.

Taylor explains, “What we knew starting out is that we wanted to create a moombahcore inspired track with a ragga vocalist. We wanted to blend the rasta energy with electro and dubstep. This song I think is a beautiful example of how our creative process works in the sense that we are both able to contribute an equal amount of creativity, uniqueness,and  technique to our music. At the end of the day, we just do whatever we want within the context of making inspiring music that sounds heavy in any set of speakers.”

“We mix everything up in a pot like gumbo,” smiles Fiorella. “But at the same time, we want every track to be cohesive and inspire listeners both on and off the dancefloor. There’s also a strong focus spent on giving each of our songs a cinematic and otherworldly feel. We want our audience to lose themselves in every piece that we create. The vocalists we work with help convey our vision and give each track it’s own vivid personality. Zulu has a deep, ominous voice, but poses a pacifist view in his verses and emphasizes being mentally strong. His vocals are the perfect compliment to the aggressive and infectious beat we built. Datsik also did an amazing remix of this track.”

Elsewhere, “Lady Killa” speaks directly to the girls in the audience, with a seductive synth swell and panty-dropping bass. Fiorella continues, “We always want to have something for the females . To me, it isn’t really a party until the ladies are moving. The song Lady Killa definitely has some sexual wordplay in the beginning, but the track is not just about us being lady killas. There’s a spin towards the end of the track where the girl says, ‘I’m gonna fuck you to death’. Showing that we have become the prey, and she has now become the Lady Killa.”

Rise At Night make their formal live debut alongside label owner and North American dubstep leader Datsik on the 2013 Firepower Records tour, and their show exudes the same kind of adaptability that characterizes every facet of their enigmatic style.

Ultimately though, everything traces back to the group’s moniker. “Our group name is essentially a description of electronic music’s culture and lifestyle.” concludes Fiorella. “If you take it literally, it relates to EDM. For decades kids have been going to raves and festivals to express themselves and feel a sense of togetherness. Moving in unison to the music that they love and appreciate. But when you take it one step further, Rise At Night connotes a movement. We’re here to break barriers and break ground. We are on the front lines of a beautiful, musical revolution.”

LATEST RELEASES BY Rise At Night 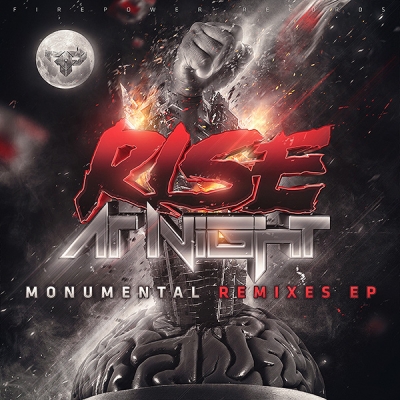 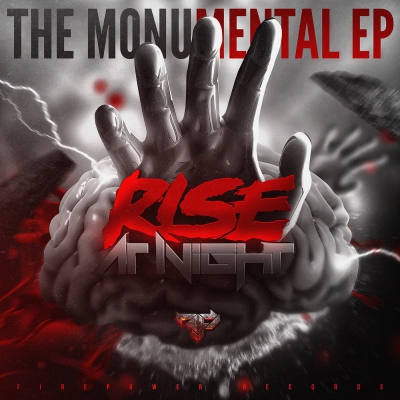 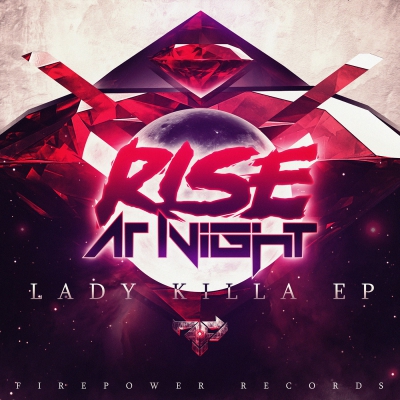