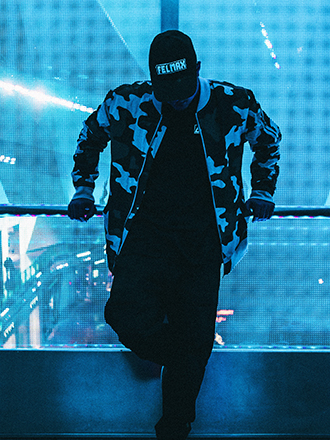 
Daniel Mora, known professionally as Felmax, is a Venezuelan electronic dance music producer and DJ that now resides in the United States. Felmax spent his early childhood years in Maracaibo, Venezuela where he grew up before fleeing the country to find asylum in the United States. Daniel moved to Miami, Florida where he formally began his musical career as a DJ and music producer. Early on, Felmax was most known for his production and influence in the underground Hip-Hop scene in Miami, Florida. Following, Daniel gravitated to electronic music and quickly became known for his hit remix of Iggy Azalea’s single “Fancy” that released on Trap Nation. Afterwards, Felmax made his debut performance at Life in Color Music Festival in 2015.